Expert comments about loss of cervical lordosis on x-Ray 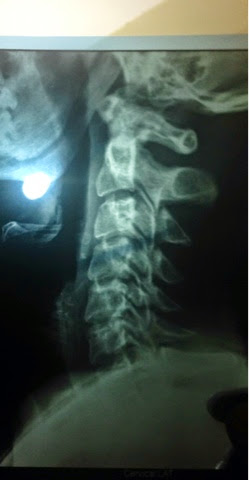 HISTORY
36 yr male with feature suggestive of imbalance while walking.

People get x ray cspine done for vertigo... But it's useless
Spondylosis is the rarest of rare causes of vertebrobasilar insufficiency
I guess that guy might be having labyrinthitis... Give him vertin and send him home 😐

ENT
It's clear  cut case of loss of cervical lordosis.  Radiologist have reported it as normal.  This suggests early cervical spondylosis.  I have an argument with him.  That's why I wish to have your view on this. But you don't digest anything below MRI.  😄

Lol.. Loss of cervical lordosis is physiological mostly... What we tout as clinically relevant finding is mostly bullshit... Telling u by experience. The rad is right... Don't argue...
And spondylosis WONT cause imbalance

The patient is only 36 and if the disc spaces are not reduced... Then don't call spondylosis just bec of the straightening...

In the US we call it musculoligamentous sprain/ spasm.. It's also a rare entity but we have to use it all the time in all patients mostly... It sucks big time!

In case of muscle spasm
... u get this pic.its only suggestive of music spasm.....a natural protective phenomenon.
Muscle
Apply collar.
Symptatic tt.
if no relief....mri

Yes.. But in MANY MANY normal patients too you get this finding .. It's hugely non specific

Radiologist
Pt presented with vertigo/ imbalance. Only in appropriate clinical setting it shud be called spasm... It's not a feature of spondylosis

Ok. That was one issue about finding of loss of cervical curvature which you say is not a feature of spondylosis.

And FYI... If u see any child's x ray/ MRI.. The curvature will be straightened or reversed. Just letting u know....

Please leave your comments or questions for panel to answer.
at August 27, 2014